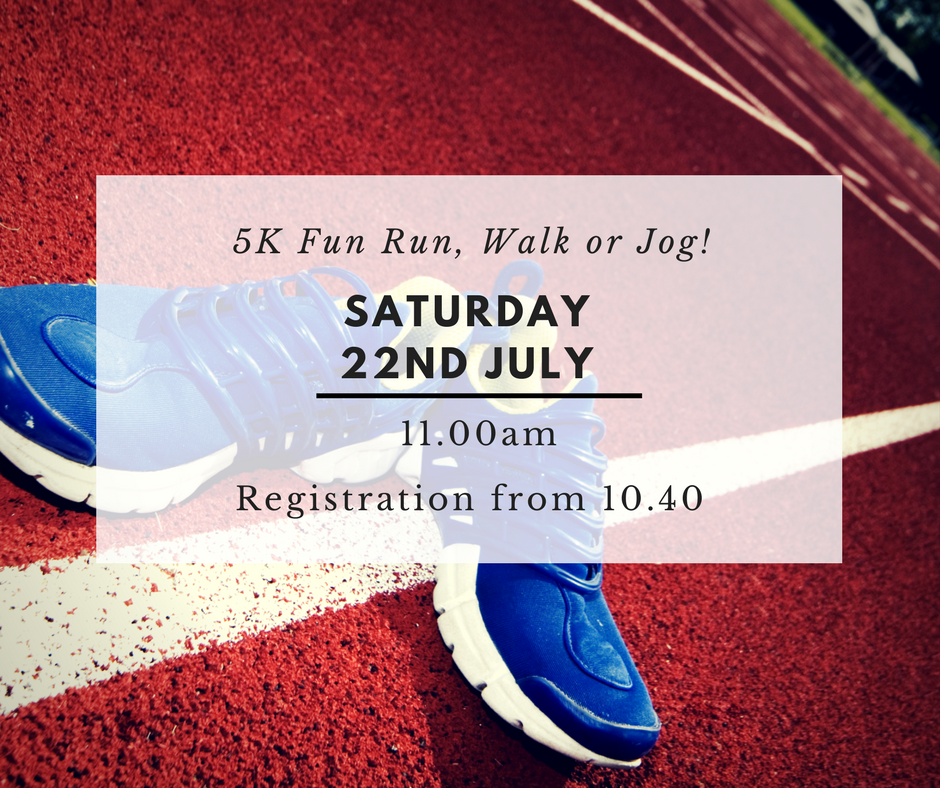 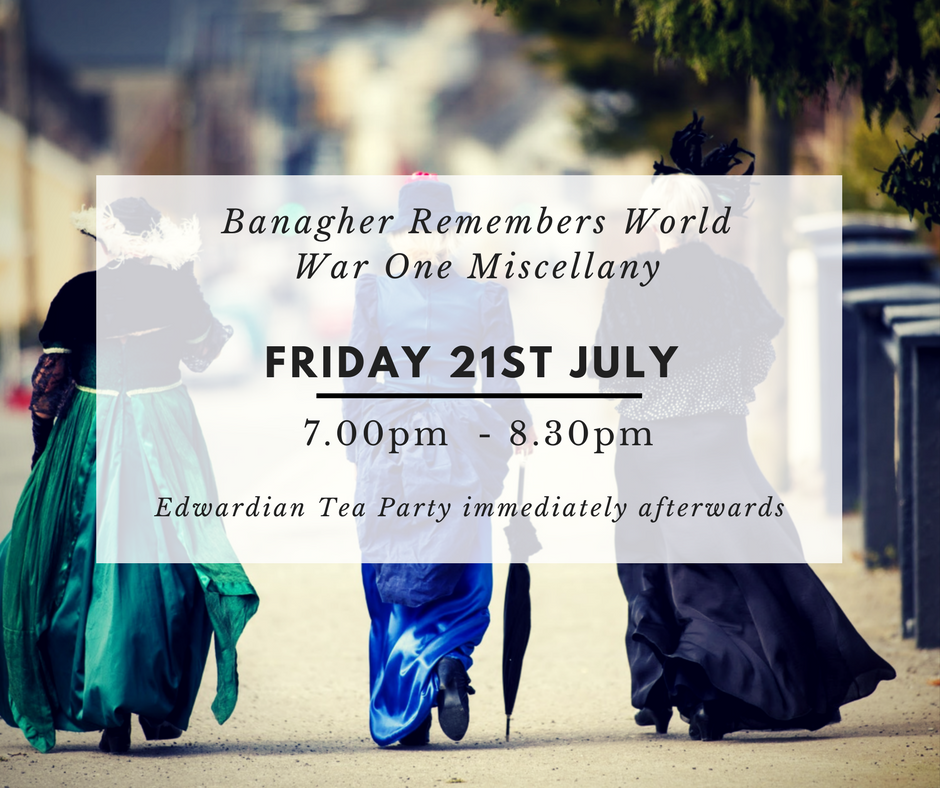 As part of this year’s That Beats Banagher Festival some events have been organised which will remember Banagher in the time of World War One, (1914 – 1918). On Friday 21st July a miscellany of short new writings and associated music entitled Banagher Remembers World War One, will be held in St. Paul’s Church on the Hill, commencing at 7p.m. Admission is free but booking is required and can be made on line at www.thatbeatsbanagher.com or by ringing 087 134 8779. 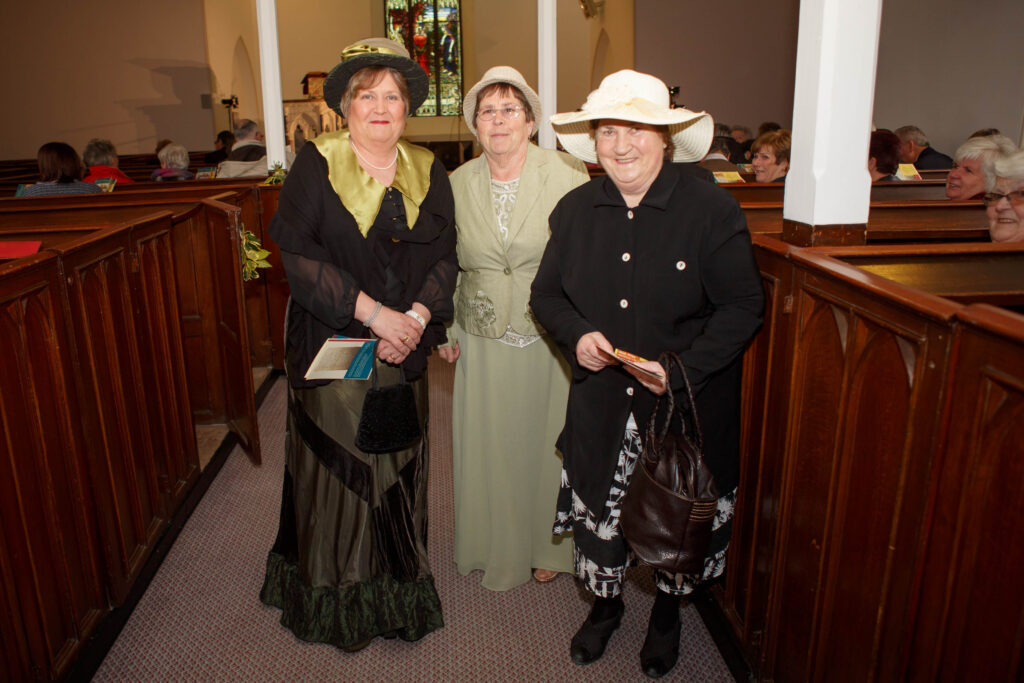 The readings will be delivered by Stephen Callaghan, Cora Stronge Smith, James Scully, Jim Madden, Caitriona O’Meara and Doreen McGouran. Musical pieces strongly associated with World War One will be performed by the Tullamore Town Band under the baton of Mr,Lorcan Daly. Among the tunes selected are familiar songs from the period such as A Long Way to Tipperary, Pack Up Your Troubles and Roses of Picardy. Other works by Thomas Moore, Ivor Novello and Kenneth J.Alford will be also be performed. The evening will conclude with a rendition of The Last Post and Réveillé.

While the event is free those in attendance will be invited to make a donation towards the festival’s funds as they leave the church. 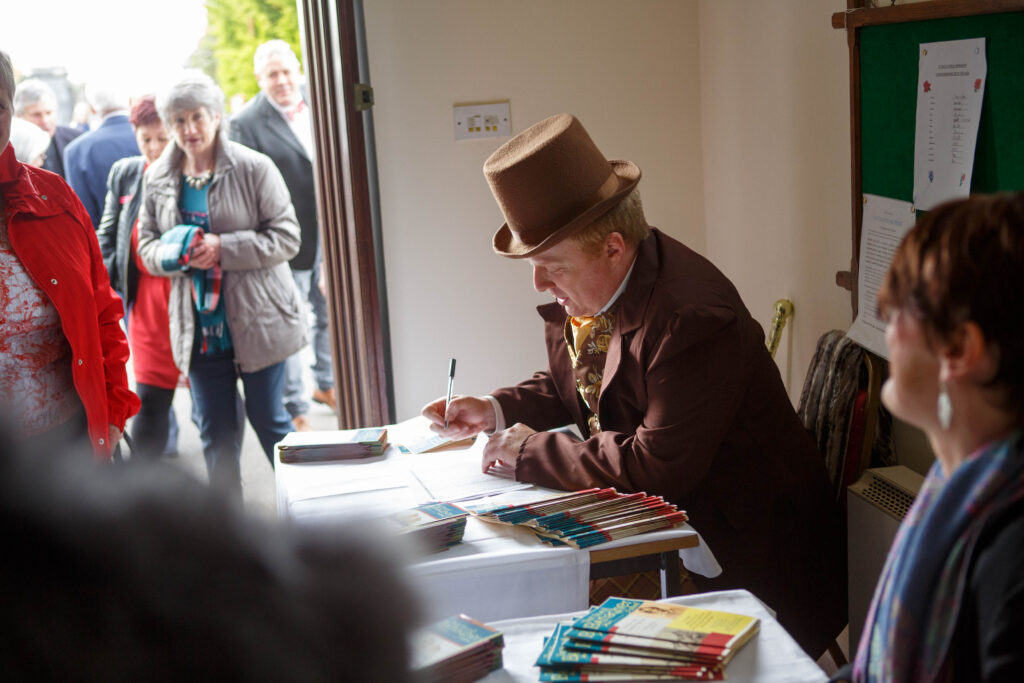 Immediately afterwards an Edwardian Tea party will be held in the Courtyard of Crank House, Lower Main Street where a lighter mood will be created by the acclaimed jazz musician Mr. Bob Batty. Participants are strongly encouraged to dress in period costume be it Victorian, Edwardian or Military with prizes being awarded to those best attired. 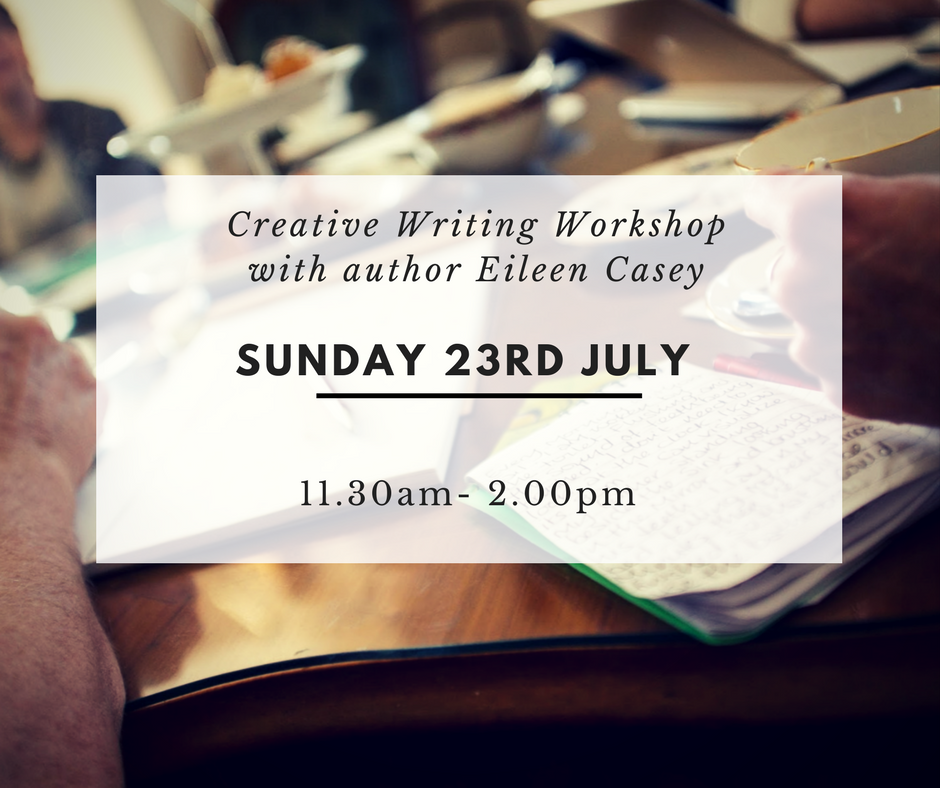 In an age where correspondence is chiefly characterised by text messaging, this workshop seeks to rediscover the joys of other forms of communication. During WWI, such forms were particularly significant as a means of keeping alive the memory of loved ones.

The Bamforth Song Series Postcards, for example, were a popular way for those at home to correspond with their loved ones at the Front. The workshop will feature a set of six such postcards which formed part of a correspondence between sweethearts in 1914 and although the messages are short, they are extremely poignant.

Participants are invited to explore the impact of such forms and how these little gems have an enduring resonance in contemporary times. Letters and diaries as valuable writing formats and inspirational treasures will also be included. 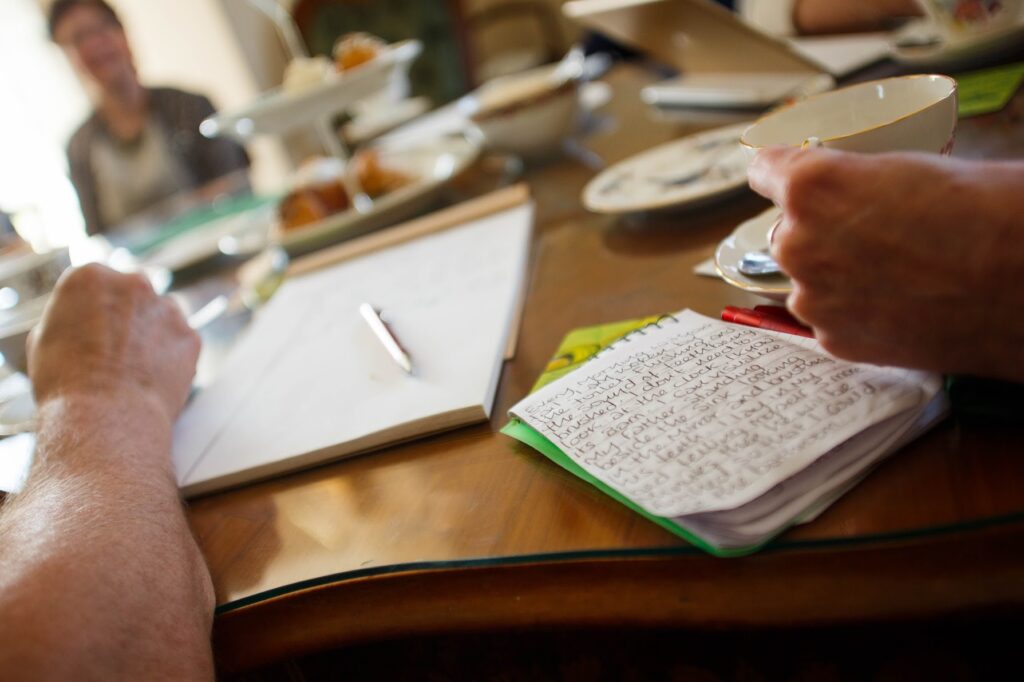 Facilitator Eileen Casey is a widely published poet, writer and journalist. A Hennessy Award winning Writer, she has published collections of poetry (New Island) and short fiction (Arlen House) and her work is anthologised by Faber & Faber, New Island, Arlen House, Dedalus Press, among others. She was a prize-winner with An Post Letter Writing Awards and Bealtaine’s Letter Writing Competition organised by the National Gallery, Dublin. 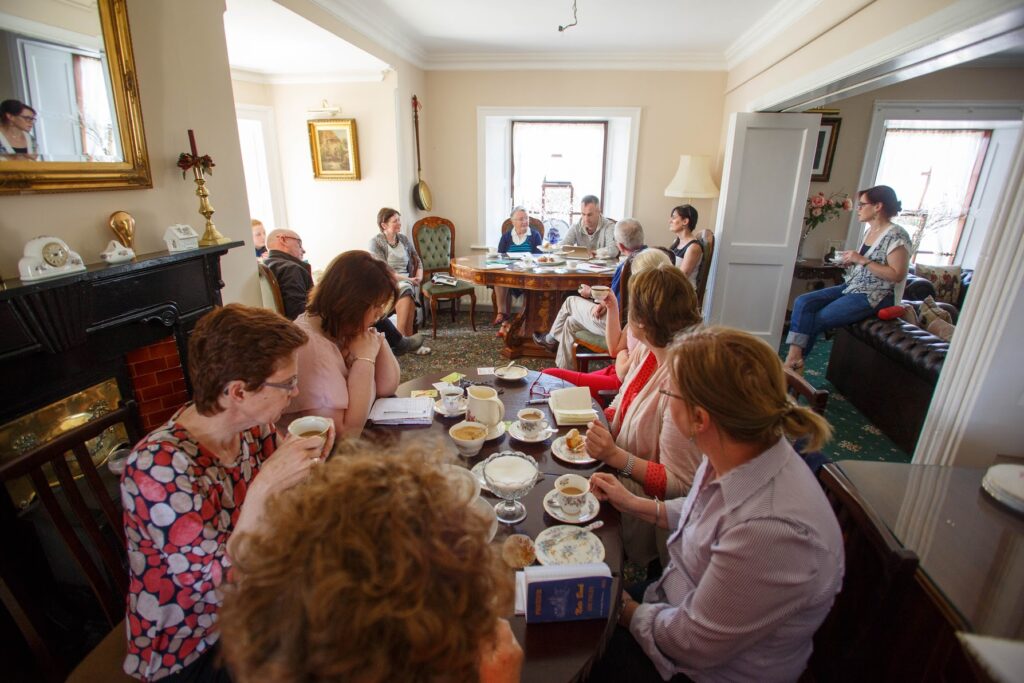 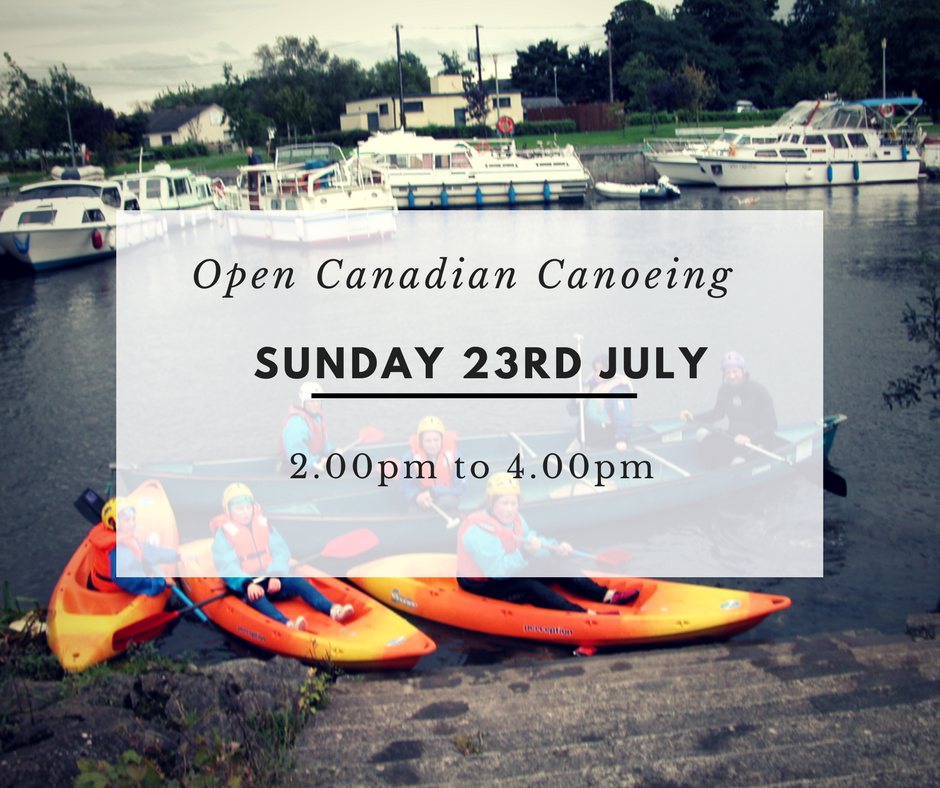 ‘Shannon Adventure Canoeing are holding an introduction to Open Canadian Canoeing on Sunday 23rd July from 2pm to 4pm at the Marina, Banagher. All participants must be able to swim. 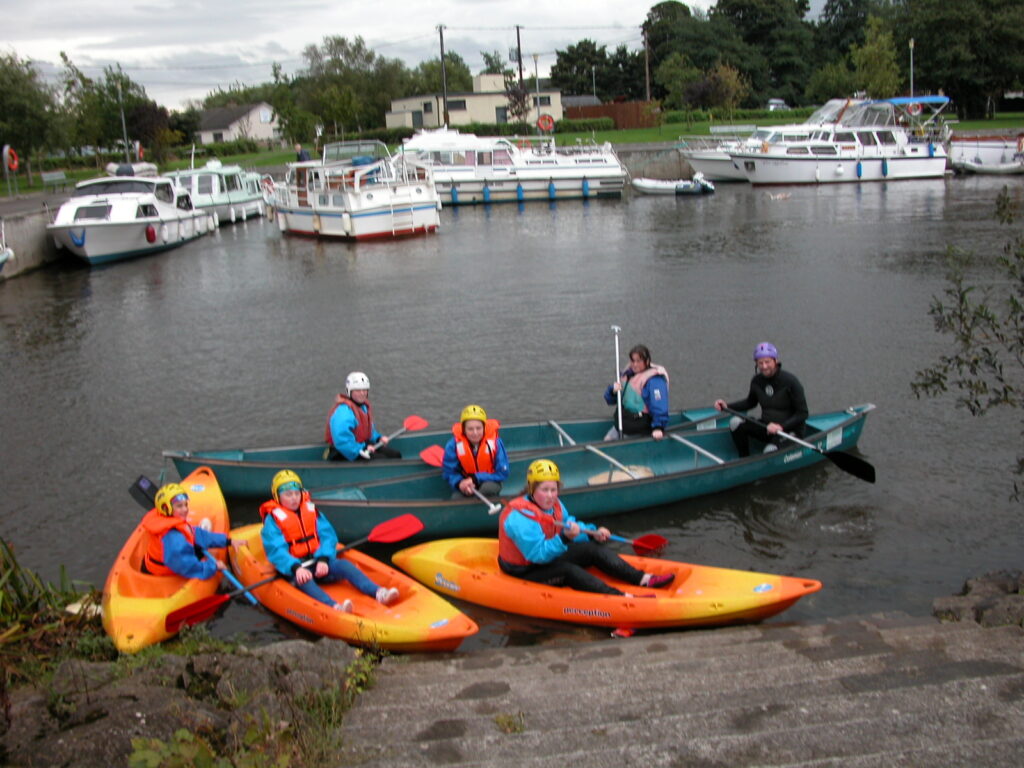 Places can be reserved here but if you have any queries please contact Brendina O’ Meara.

We are delighted to have Damian O Brien back with us this year – you will have the opportunity to explore the basics of this traditional craft. The workshop will cover basic techniques of pottery and the participants will be encouraged to work on a small piece of work. 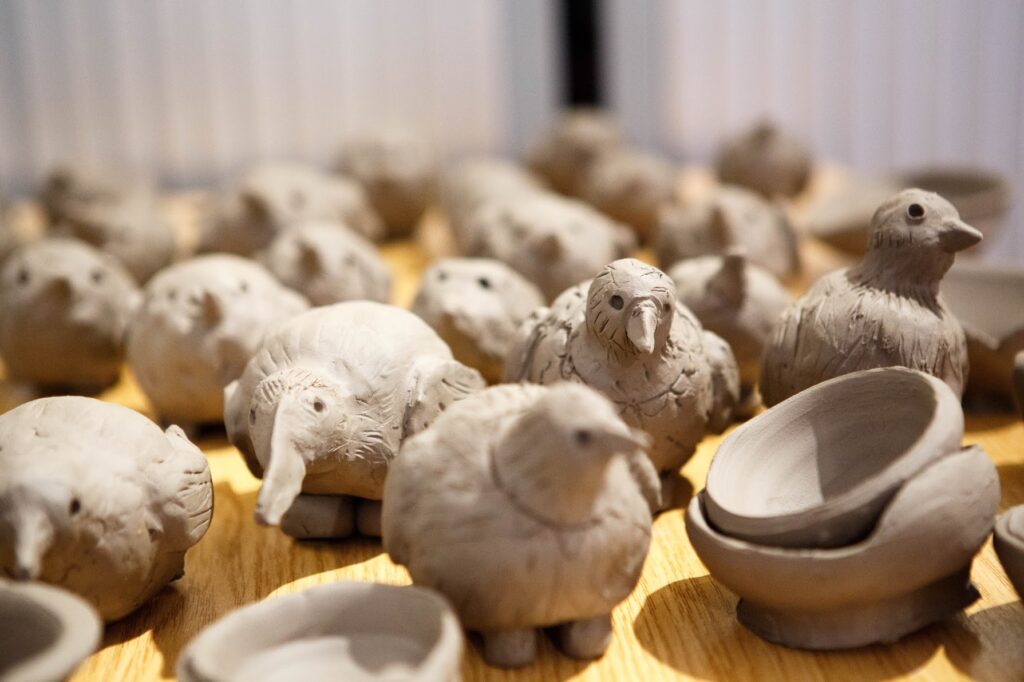 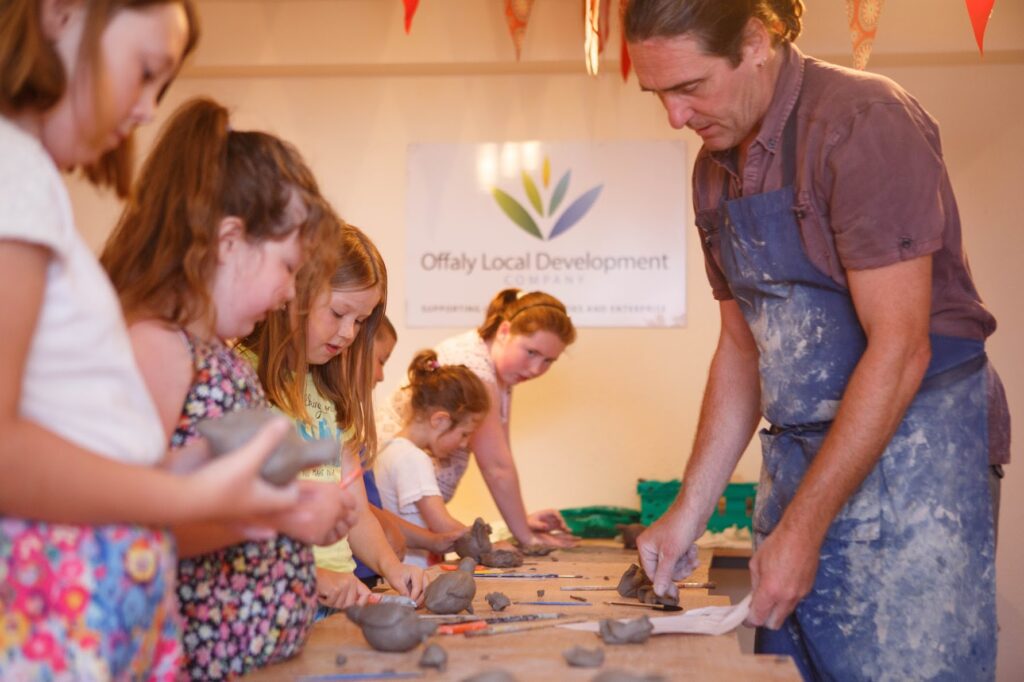 Damian has been involved with the making of functional ware for the last twenty years. He has travelled extensively throughout the Middle East and Europe and experienced many different cultures. He is now based near the historic site of Clonmacnoise. His deep connection with the history and landscape of Westmeath influences the earthy, organic, physical shapes, of the mainly salt glazed, woodfired wares. Damian’s main interest lies in the physical process of the woodfire kiln. This, combined with the unpredictability of the finish lends his pots a highly individual and distinctive look. 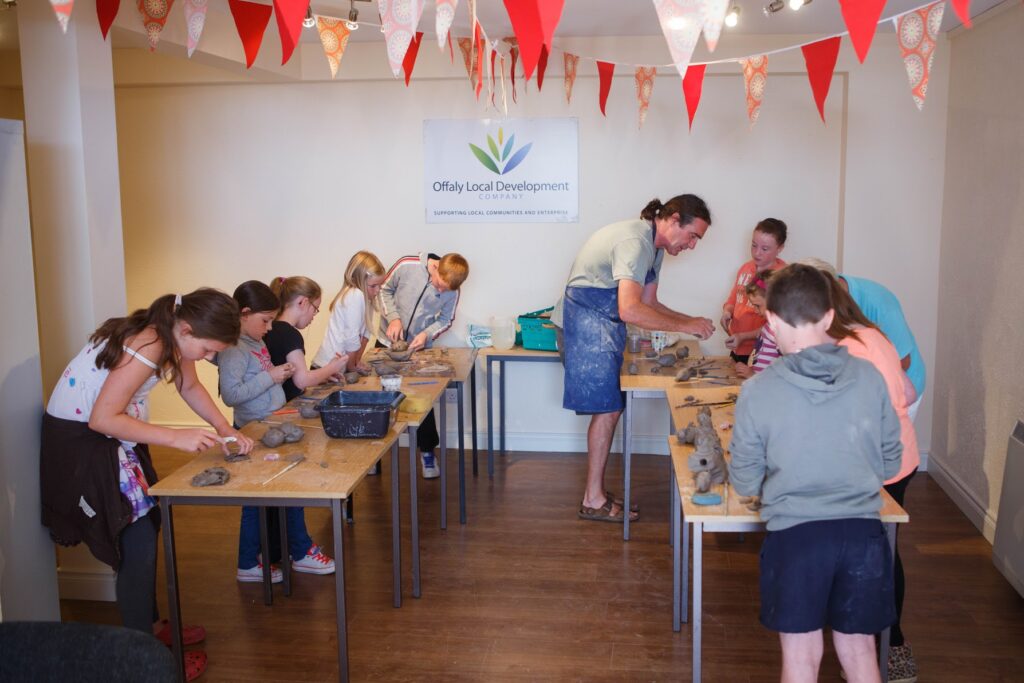 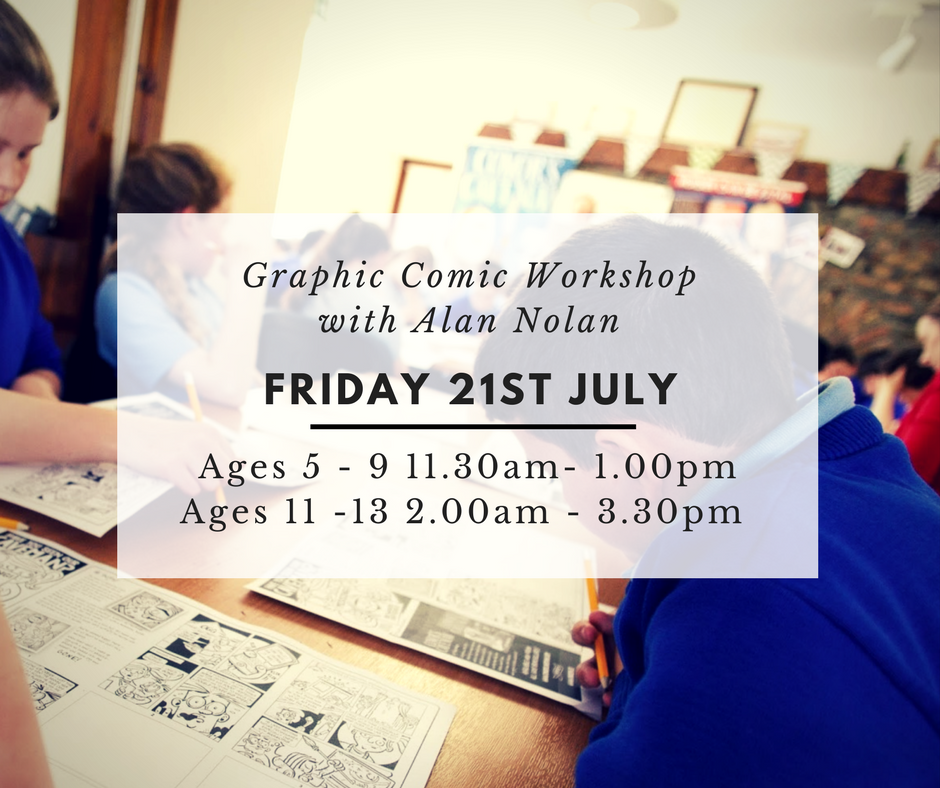 Ever wanted to learn how to make your very own COMIC? 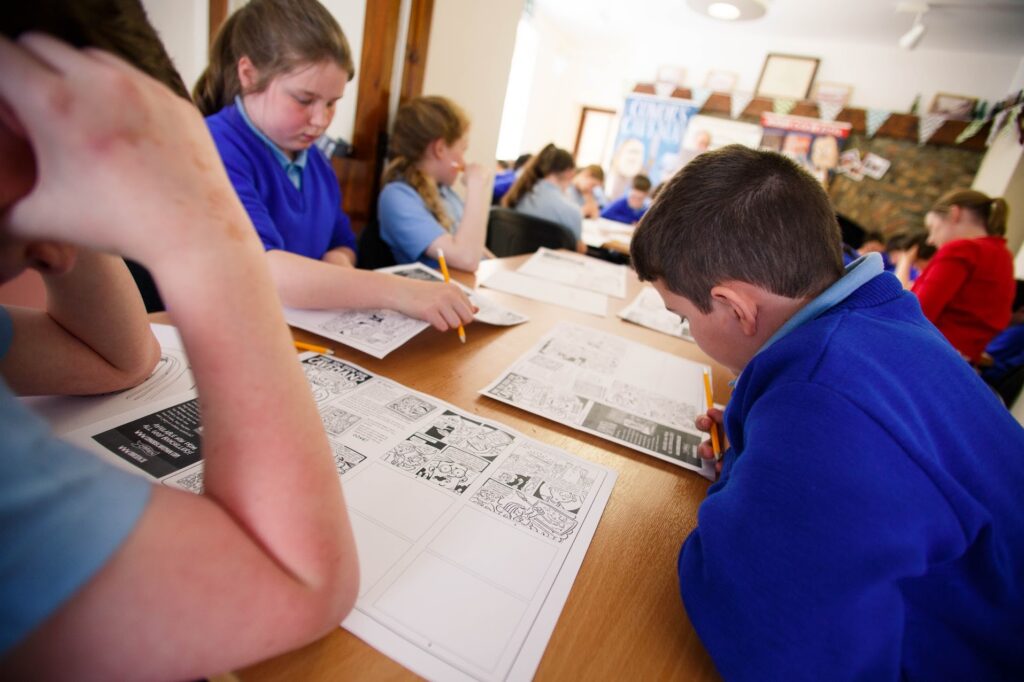 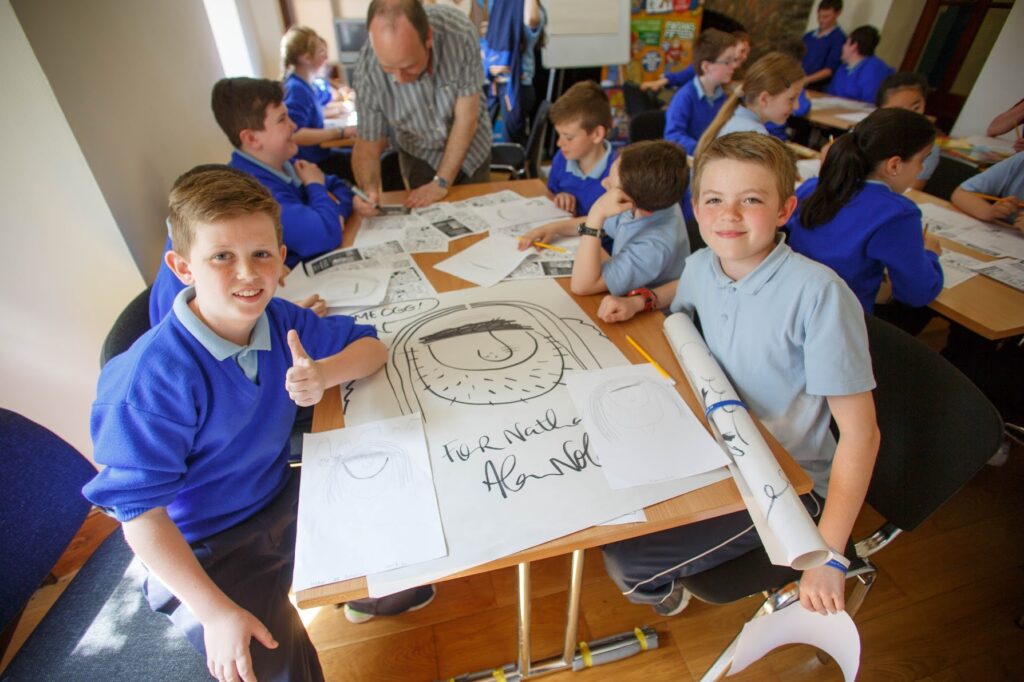 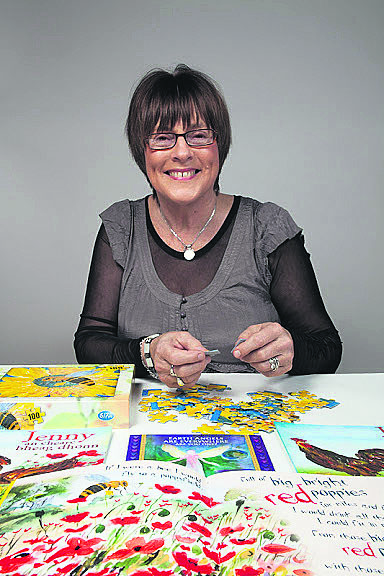 During the workshop each child would make their own little book. It would be a picture book with words and images with about 8/10 pages.

Workshop based on the work of Charlotte Bronte where you will read and made a cartoon strip based on it. 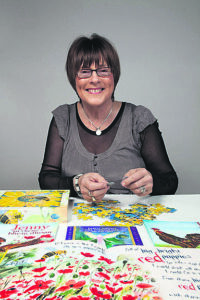 I am a self published author/illustrator of children’s picture books. I am an artist and have been painting for the best part of 40 years and have had many exhibitions. My art is vibrant, colourful, loose and uplifting. I get my inspiration from my garden when in summertime it is packed full of beautiful flowers. I decided to self publish because I had read up and researched a lot about self publishing over the previous year and I felt it was a route which I would like to take as it was a challenging way to go about publishing a book. I realised from the start that it would be a daunting journey but I felt I still wanted to go this route. In 2009 I launched my first picture book ‘If I were a bee’… This book was a great success for me and spurred me on to write and illustrate more.

For more information on Dolores you can visit her website here

As part of the second That Beats Banagher Festival  an evening to celebrate Charlotte Bronte’s 200th birthday will be held on Thursday 21st April.

The evening commences at 7p.m. with ‘A Miscellany for Charlotte‘ in St. Paul’s Church. This will be a selection of readings, music and song related to the great novelist and her husband Arthur Bell Nicholls of Banagher.  Immediately afterwards ‘Charlotte’s Birthday Celebrations’, will be held on the grounds of Charlotte’s Way, (formerly Hill House).

Admission to this event is strictly limited and by ticket only. Tickets are free.
Bookings can be made online at HERE or by calling to the Offaly Local Development  Company offices upstairs in Crank House on Main Street.
For further information contact  Aileen at 087 943 0489  or Roisin at 087 812 4986.
An opportunity to make a donation supporting That Beats Banagher Festival will arise during the evening. The main festival will take place from Friday to Sunday,  13th – 15th May.

We’re delighted to announce our timetable of Events for ‘That Beats Banagher 2016’ . For more information and to book events click HERE 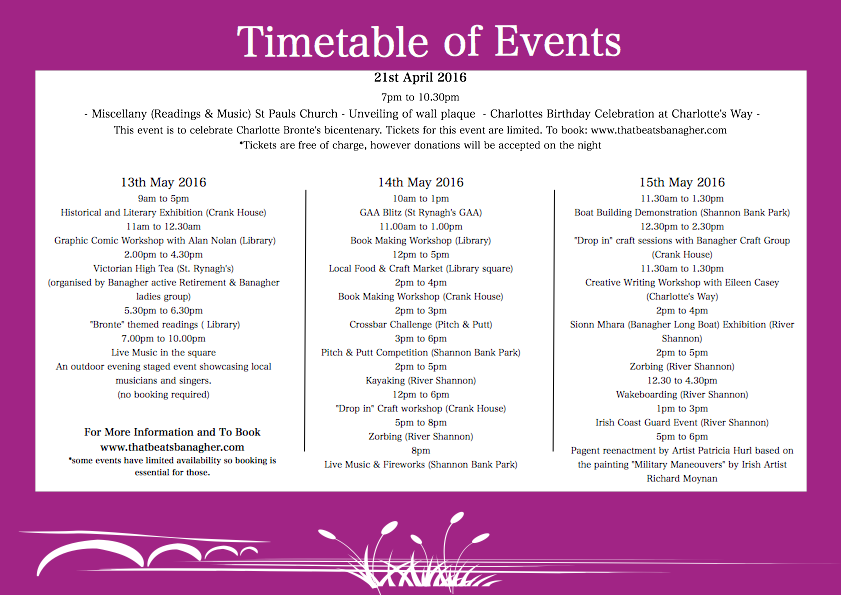 The full timetable of events is now live, please see our booking form page for more information and to book into the workshops and events.